The starting point is to analyze on a big picture scale, which EM countries will potentially undergo a banking crisis arising from the combination of unsustainable hard-currency debt and FX collapse in the current rout. Indonesia, South Africa, Chile, Mexico and Turkey are particularly vulnerable due to both the size of its borrowing in the economy, rapid growth of dollar borrowing and rapid depreciation of its currency.

At the same time, these “risky” countries are among the cheapest and hard hit in the current rout, reasonably so, due to its higher risk of corporate dollar-debt default. Moreover, these countries are either reliant on commodity exports (Indonesia, South Africa, Chile) or an open economy that hit hard by the slowing exports demand (Mexico and Turkey). Hence, we need to scrutinize these countries individually to see whether a banking crisis is likely. 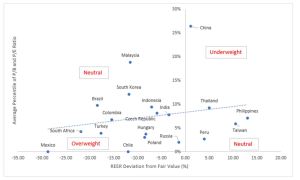 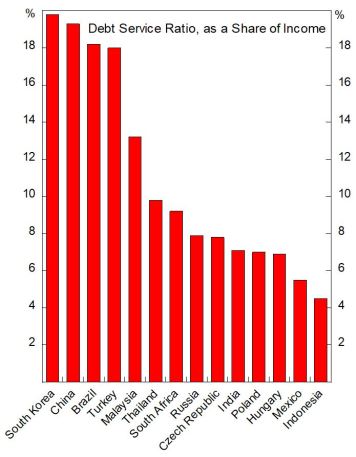 From the chart above, corporate debt burden is extremely low in both Mexico and Indonesia, and much higher in Turkey and Brazil. We are positive on Turkey, as the country has undergone a severe correction and majority of the excesses has been eliminated in 2018-2019, leaving the country less prone to the current shock.

Our positive stance on Turkish equity last quarter was proven to be a correct one as the country is among the better performer across EM universe. After the 2018-19 crisis, Turkey’s domestic economy has undergone through a painful deleveraging process and its stock prices has fallen over 60% from its 2018 peak in dollar terms, resulting in both depressed equity multiples and undervalued currency even before the current market rout. Turkish stocks, at 0.8x book and 6.8x trailing earnings, or roughly 40% discount relative to EM benchmark, are trading at an extremely depressed level compared to its history.

Meanwhile, the risk of banking crisis is low. Although non-performing loans are still at an elevated level, bank’s capital is more than adequate. Regulatory capital and Tier 1 capital ratio are at 18.5% and 15.5% of risk-weighted capital, respectively, far above Basel III standard. The share of bank loans denominated in foreign currency has also fallen below 40%, softening the blow of lira depreciation. From company’s perspective, corporate debt service ratio has declined to 18% of income, from 28% at its peak, and net foreign liabilities exposure has been shed by more than a quarter relative to 2018 high.

On the risk side, Turkish government has accumulated a large foreign-currency debt position and the room to do fiscal and monetary stimulus is limited. International reserves to short-term foreign debt ratio has also deteriorated and is among the lowest in EM, leaving the lira vulnerable. All these leave Turkey with few tools to cushion the domestic economy should the COVID-19 spread result in longer than expected slump of global economy. 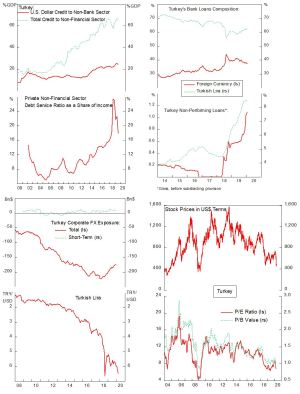 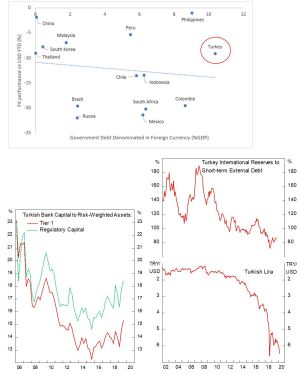 The blow from Russia-Saudi fallout early last month has resulted in Russian equity falling 40% this year, in dollar terms, after rising over 40% in 2019. Russian economy will suffer a massive blow from depressed oil price, as its economy is highly reliant on energy exports. The good news is that Russia has been building a thick buffer to shield its domestic economy from external shock. Reserves to foreign debt ratio, at above 100%, is the highest in EM and the country has a National Wealth Fund worth over 7% of GDP, which could be utilized to support growth of its domestic economy. Moreover, Russian government is running a fiscal surplus and monetary policy has been kept to a more conservative stance since 2008 Global Financial Crisis, both of which has room to ease further.

It is unlikely for Russia to face a banking or sovereign crisis. Russian banks are adequately capitalized, although the sector is still dealing with bad loans reverberating from previous crisis. Provision for non-performing loans has been ramped up aggressively and likely continue to rise further, as the collapse in oil prices will pressure both investment and consumer demand. With oil prices trading at 2016 low, corporate debt burden will inevitably rise, but to a still manageable level. Moreover, Russian government and corporate dollar debt level is low, shielding the domestic economy from the impact of depreciating Rubble.

From valuation standpoint, at only 0.6x book value, Russian equity is extremely cheap, a level comparable to the 2008 GFC and 2016 oil crisis low. The Rubble has also corrected from its overvalued level and investors have turned bearish on the currency, a bullish contrarian indicator. All these leave Russian assets vulnerable to positive shock from a potential deal between Saudi and Russia on production cut. Although Russia has a higher marginal oil production cost relative to Saudi, Russia has the upper hand in the negotiating table, as its economy is able to withstand low oil price for longer than the Saudi. Russian government budget is balanced at $50 oil price, compared to $83 for Saudi. The current $20-30 oil translates to a relatively more painful expenditure cut for Saudi’s economy. This means that any potential deal will likely benefit Russian global oil market share relative to the Saudi, a boon for Russian producers. 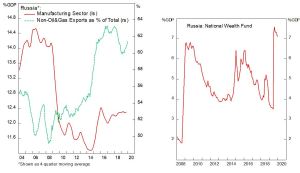 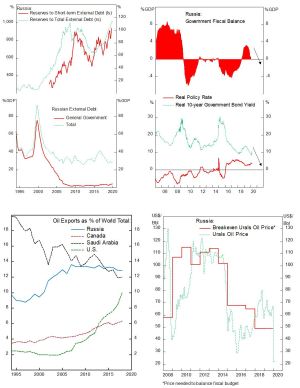 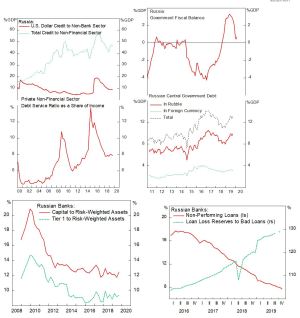 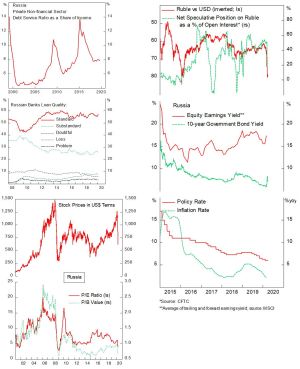 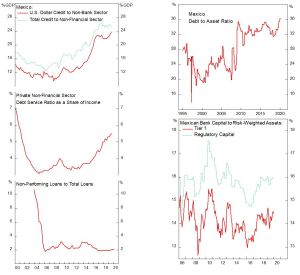 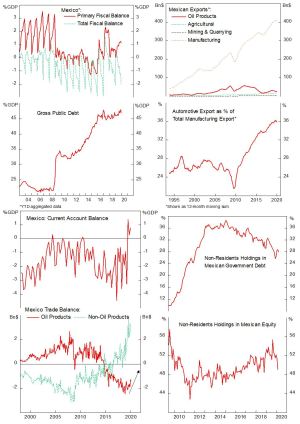 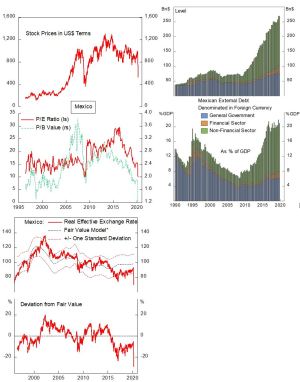 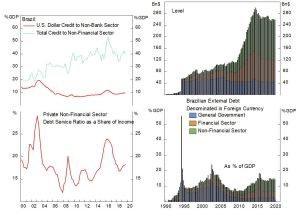 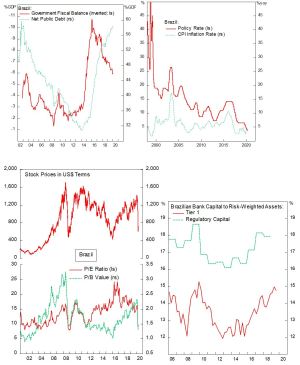